Dr. Hamdan, began his medical journey at the American University of Beirut where he completed a Bachelor Degree (B.Sc.) in Biology as well as earned his Medical Degree (M.D.) in 1991. After graduation, Dr. Hamdan completed two years of internship and residency in General Surgery at Washington Hospital Center, a George Town University Center.

During that time he gained extensive experience in Trauma, Burn, and critically ill and Heart patients, as part of Med S.T.A.R. and Washington Heart where the Fellows of George Washington University, Walter Reed Medical Center, and Bethesda Naval Medical Center train. He completed his residency in otolaryngology-head and neck surgery, including a full year dedicated to facial plastic surgery at the University of Tennessee- Health Science Center, and the Elvis Presley Traumas Center. Subsequently, he gained acceptance and completed a fellowship in Full Body Cosmetic and Plastic Surgery at the University of Florida finishing up four more year dedicated to the art of cosmetic surgery, while serving as courtesy clinical assistant professor.

In 1997, Dr. Hamdan started his private practice serving Florida’s Capital city, Tallahassee, and the north Florida market before moving to the Middle East in November 2006 to share his expertise with the increasing demand for quality physicians in the field of Cosmetic Surgery. At the present time, Firas Hamdan, M.D., with offices in Beirut, Dubai, Kuwait ,Riyadh and Florida, is a cosmetic surgeon specializing in giving you the results you need by emphasizing on your inner beauty and avoiding the “operated look” that many patients wish to avoid.

Since his move back to Lebanon, Dr.Firas Hamdan, continued advancing his skills on the national, Regional and International levels. His most updated affiliations are: 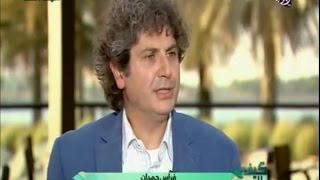